What came first, dance or music? For Simon Thierrée, the answer is clear: they both came at the same time, because in fact they are the same thing! After all, what is movement but rhythm, melody and harmony? And music is movement of matter through the air, isn’t it?

Thierrée lets you experience the musicality of movement with your own eyes and ears! He offers exercises that are both physical and musical: from singing and dancing to live music, to air conducting and a lively introduction to all kinds of musical instruments.

Simon Thierrée has been passionate about music since the age of 5. He chose the violin as his instrument and studied at the Conservatoire of Rennes (France). After excursions into jazz and classical music, he graduated as a conductor. But he left behind jobs as a professional violinist or teacher to go on tour with various circus companies, for whom he created music and played live. Meanwhile, he has more than 40 pieces of music to his name for films, documentaries and stage and dance performances by Rodrigo Pardo, Anton Lachky, Judith Sanchez Ruiz, Milan Tomášik, Mohamed “Ben Fury” Benaji and Joost Vrouenraets, among others. 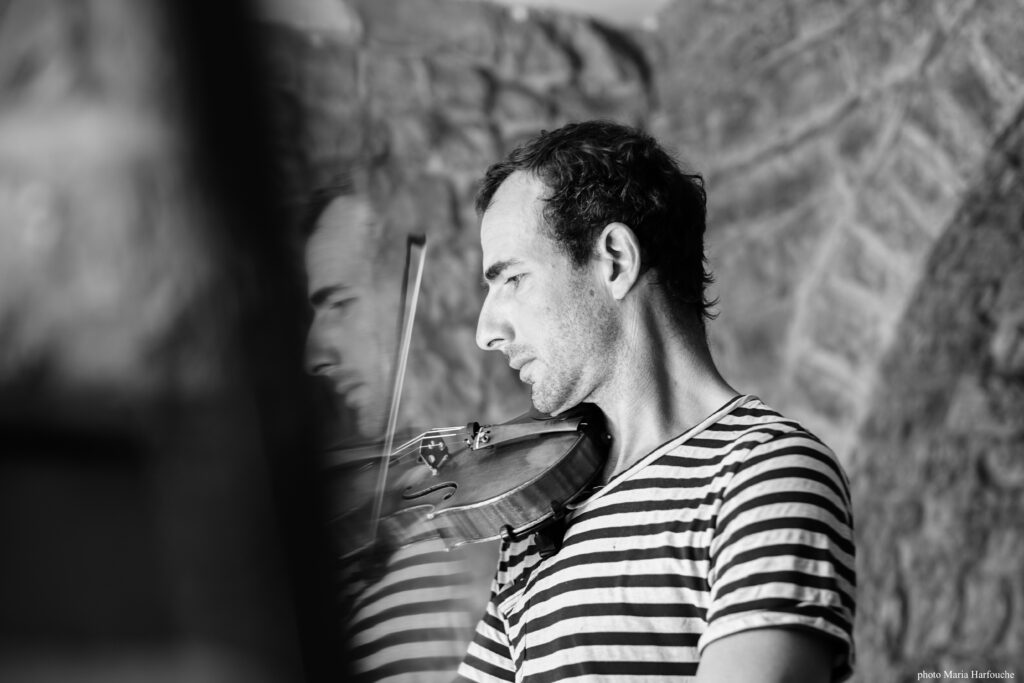